You are here: Home / Master Head

Dr. Greg Wiener M.D. FACS is a board certified plastic and reconstructive surgeon who has been practicing at Resurrection Hospital for more than 9 years.  He was named a Consumers' Research Council of America “Top Surgeon” and completed his residency at the University of Illinois at Chicago.  Dr. Wiener has been featured in several media outlets such as E! News Live, WFLD-TV, WMAQ-TV, Univision Online, Oxygen Magazine, Healthy and Fit Magazine, Forbes, US Weekly, Life & Style Weekly, Globe, Daily Herald, Chicago Sun Times and the Today Show Website. He is also a regular contributor to Aesthetic Trends. http://www.theartofplasticsurgery.com

Dr. Johnson developed Osmosis with the goal of changing the direction of skin care away from excessive exfoliation and renewing the focus of dermal remodeling. The line is dedicated to maintaining health through a combination of holistic and innovative products that address common problems on a cellular level. As a result, Osmosis has created a great deal of excitement, thanks to its unique action and outstanding results. http://www.osmosisskincare.com/ 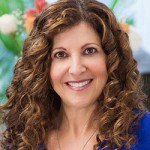 Josie L. Tenore, M.D., MSc., is a board-certified family physician who specializes in aesthetics at her practice FreshSkin in Highland Park, IL. She completed her medical training at the University of Toronto and earned a Master of Science in Public Health from Harvard University. She is a member of the American Academy of Family Physicians, the American Society for Laser Medicine and Surgery and the National Society of Cosmetic Physicians. www.myfreshskin.com

Located in Orange County California Abbie Moy is an Eco-consious Makeup artist, Esthetician, Hairstylist for weddings, head shots, photo shoots, film, TV. Abbie graduated from The Makeup Designory (MUD) in Burbank, CA in 2006, later went on to get an Esthetician license in 2007.  www.ulubeauty.com

Casey Coy has more than 13 years of experience in analytical testing, toxicology, microbiology and molecular biology. As Manager of NSF International’s Cosmetics and Personal Care Program, Casey works with retailers and manufacturers to help ensure the safety, quality and regulatory compliance of cosmetic and personal care manufacturing facilities, ingredients and products.

Co-Founder and Chief Retail Executive Officer,Color Me. A veteran of the beauty industry, Eric has been considered one of the foremost authorities in skincare and color for over 25 years. His most recent venture, Color Me, a new device designed to help women flawlessly apply foundation, is set to revolutionize the way complexion is approached. Eric’s introduction to the beauty industry was at age five, when he would accompany his mother selling Avon products. After a brief foray into the accessories world, where he created cowboy hats coveted by some of the biggest names in Country Music, Eric jumped into the beauty business. Initially working with niche luxury brands, Eric went on to launch Crème de la Mer. After nailing the basics of luxury skincare, Eric turned his attention to color. In 1995 he joined then fledgling makeup brand, Benefit Cosmetics. During his ten years with the company, Eric grew to become Executive Vice President of Sales and Beauty Ambassador for the brand, turning many of the products into household names. Looking for something a bit edgier, Eric leveraged his skills in retail and product knowledge to become the Chief Retail Sales Officer Worldwide and Global Makeup Artist for Urban Decay. There, he spearheaded new product launches and brand initiatives, not to mention prominent press events, red carpet premiers and fashion shows. Eight years later, after witnessing countless women struggle to achieve an airbrushed look without the tools or know-how, Eric presented an innovative new product concept to his friend, now business partner Leah Ashley. From there, Color Me was born and is redefining the way we apply makeup. A credit to his industry Eric has been featured in prominent publications such as Vogue Singapore, Prestige Magazine, Grazia France, Harper’s Bazaar Singapore and Straits Times, as well as on broadcast outlets including ABC, NBC and Fox. When he’s not traveling the world or working on new beauty innovations, Eric enjoys Latin dance (in fact, he was once an award winning dancer), cooking, collecting art and spending time by the water in Newport Beach. He lives in San Francisco, California.

Guillaume is well-renowned in the knowledge of beauty, acting as a member of the voting panel for Ebony Magazine’s Ebony Beauty Awards, Target, Motions Hair Care, Rembrandt advertising initiatives, AMBI Skin Care Blogger Ambassador, and will soon be lending her skin care expertise to Proactiv for a worldwide social media initiative. HueKnewIt.com, Guillaume's blog, is a celebrity blog for women featuring hair, face, skin/body, and fashion. Embracing the latest beauty and fashion news, trends, styles and cutting edge products, Guillaume constantly delivers must-know information and secrets to women all over the map.  As an insider with a vast knowledge of beauty products and important voice to numerous blogs, news web sites and publications, Gregorie Guillaume is the go-to beauty expert for today’s stylish woman.

Lorraine Dahlinger is the President and Co-Founder of From the Lab. A veteran in brand development and design, Lorraine has witnessed firsthand the branding and evolution of several beauty lines. She has extensive marketing experience and previously served as Creative Director for ALP, an innovative entertainment marketing company where she served a range of clients including Twentieth Television, CMT, VH1, Sony, Fine Living, and DIRECTV.

Editorial (op/ed) commentary are the author's personal opinions only, and not necessarily those of other Fact Based Skin Care staff or this publication.

The material on this site may not be reproduced, distributed, transmitted, cached or otherwise used, except with the prior written permission of Fact Based Skincare.
Follow my blog with Bloglovin